We celebrated ‘Shiv Ratri’ on the ship today, or in the Antarctic continent.
Other than ‘Kailash-Manasarovar’ it was perhaps the most appropriate place for celebrating this festival. Geographically, Tibet – where both these sacred places are situated – owes its presence to the Antarctica only. To be brief, without taking the risk of boring you, Gondwanaland continent was a supercontinent till 200 million years ago and starting breaking up 190 m years ago. Seventy m years ago, all the breakaway pieces - South America, South Africa, Australia and India - had detached completely from the supercontinent (now reduced to Antarctica continent) and begun to move to their present locations. Twenty million years ago, Indian plate collided with Eurasia plate, and Tibet, which was under the sea, surfaced as one of the highest inhabited plateau. The snow, blizzards, avalanches, isolation, freezing temperatures, awe etc are some other characteristics which define both the places. 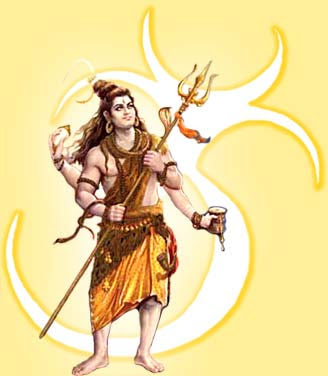 A very funny thing has been happening in India lately regarding the day when a particular festival is going to be celebrated. There are invariably two different days in different calendars/almanacs on which a festival is listed. I thought we would be free from this perpetual dilemma in this continent. However, this controversy finally hit us also. On the 4th evening a number of members got emails from their families about ‘Shiv Ratri’ being celebrated on 6th March. I do not understand why the families waited till the last to create this controversy. Anyway, only a few of us were fasting, so we went ahead and observed our fast today itself. I made a power point presentation of my Kailash-Manasarovar expedition to the interested audience in the afternoon.

I did my second galley duty on the ship today. The work is mostly helping the cook in making preparations. However, it gave me chance to observe the cooking, dinning etc of the ship crew. We share the kitchen with the crew (all Russians), but have different working platforms. A single lady handles all the cooking. Another lady comes to help her only at the time of serving food. It is not buffet style (as it is in our case), but food is put on individual plates to be served to each member. Each one gets all the dishes in equal measures. No one barges into the kitchen to find out what is being cooked, no one comes to offer any suggestion to the cook how a dish should be prepared. It is very much unlike what happens on our side. With buffet style, people eat or overeat their choicest dish, sometimes leaving none for the latecomers. Or, if they do not happen to like the food, immediately they would help themselves with maggie, eggs, etc resulting into sinful trashing of cooked food. Barging into the kitchen and giving unsolicited suggestions is a frequent occurrence. You go into the dinning hall at any time of the day, you will find someone or the other eating. I had written earlier about the food fads, but food preoccupation is another dimension. Some members begin their day with eating or for eating only.
By Sudhir Khandelwal at March 06, 2008

Dear Sh.Khandelwal, your presentation & blog on antarctica is very informative & exhaustive! The related studies of Antarctica & Human Psyche can also be inter-related to the study and further research of the ‘Earth’s Magnetic Field’, its effect on human body (body having its own polarity and ancient Indian advise to meditate facing North-East or East & Sleep with head towards south or east, etc having its own relation of magnetic polarity & its strength with the human consciousness) its change in polarity after few thousands of years, the scientific positioning of the Shiva(Consciousness)-Linga (Nature) wherein mostly the Linga seems to be in a position of moving towards the South-East direction but positions may vary according the time & place when its was installed (similarity between the movement of the tectonic plates & its related effect on the expression of consciousness in various life-forms.)
The trip to Mount Kailash Mansarovar in Tibet before leaving for Antarctica must also be an added experience in analyzing individual & group synergies and behavior pattern during long isolated habitation. Besides the negative effects on weak minded, such habitations also produce much positive results as in minute observation, analyzing and increasing human dormant potencies as in the cases of many accomplished ‘Himalayan Yogis/Saints’ who live in long isolation in Himalayan snow covered caves and jungles, some of whom are mentioned in the world renowned books such as ‘The Autobiography of A Yogi’ by Paramahansa Yogananda and ‘Living with the Himalayan Masters’ by Swami Rama.
Human Mind the Storekeeper of Unleashing Infinite Potentials and Aroused during Most Challenging Environment & Surroundings and ‘Will-Power’ shows the way and ‘Meditation’ is the Super-Highway to attain & Maximise Human Potential! Beautifully put up in the Ancient Indian Raja-Yoga Treatise or the Eight Fold Path(Ashtaang Yoga) ! The Synergic MEETING Point of the Western Science & The Indian Yoga for the benefit of all humans can be put together as:
Science->Quantum Physics & Nano-Technology->Vibrations->'Aum'->'THE UNITY Principle Across Matter & Non-Matter'->Duality (Dvait) Merges into Non-Duality (Advait) -> Cosmic Vibration of 'Om'->Eight Fold Path of Yoga->Yam-Niyam-Aasan-Pranayam- Pratyahar-Dharna-Dhyan-Samadhi-> 'Savikalp' Samadhi -> 'Nirvikalp' Samadhi--->>> 'One Merges with One and the Play of Nature & Consciousness Continues'>>> BEHOLD THE GREATEST MOVIE WITHIN URSELF! See its Reflections all around you! Peace & Bliss!"

As the Ancient Global Indian Thought had earlier proclaimed:

#(In Sanskrit:)
"Sarve bhavantu sukhinah,Sarve santu niramaya!
Sarve bhadrani pashyantu, Ma kashchid dukhbhagbhvet!!"
Means:-
"May Everybody be Blessed with Happiness & Good Health!
May Everybody See Goodness in Each Other & May Nobody Suffers in Pain or Sorrow!"
Om Shanti!Om Peace!

# "From Un-Truth to Truth!
From Darkness to Light!
From Death to Immortality!"

# 'Ekam Sat Viprah Bahudha Vadanti' -> Truth is One, Sages Call it by Many Names!

# 'Vasudhaiva Kutumbakam' -> The Whole Universe is one Family!