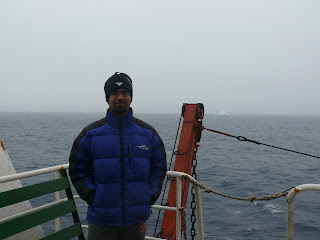 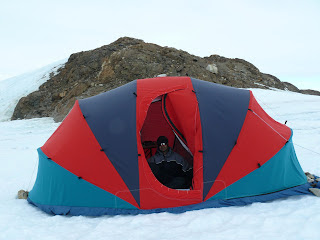 Life in a small, closed community can lead to increased irritability and occasional frayed tempers. There is a certain degree of gloom in the station that is a regular feature in Antarctica at the onset of winters, more so during the polar nights. Spending long austral winter and polar nights in Antarctica can bring out best in a person; however, some people will have tough time in coping with this. The darkness, the isolation, the confinement, the loneliness- all may put a huge strain on the mind and the spirit of vulnerable and unprepared individuals. Some can bear it, others break down. I am sure that by the time we return home, we will be more evolved as human beings- patient and strong. This will be an experience that we will carry within ourselves for the rest of our lives.
By Sudhir Khandelwal at June 16, 2008

Wow Sudhir,
I guess I would be going to your guest writer's blog too.
Thanks for sharing.

Your blog keeps getting better and better! Your older articles are not as good as newer ones you have a lot more creativity and originality now keep it up!