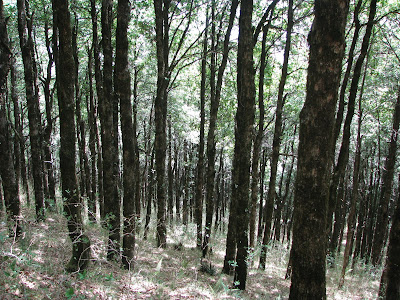 I should have written this post quite some time ago, but sheer inertia got better of me. This summer we spent a leisurely holiday in a small sleepy town in Kumaon called Mukteshwar in Nainital district. It is about 400 km from Delhi via Haldwani and Kathgodam. We are practically driving every season on this road; last year we did the same route upto Bhowali, and then had taken road to Almorah to reach Bageshwar for our Pindari glacier. Compared to last year, the roads were in better shape, but the bridge at Bilaspur, about which I mentioned last year too in my Pindari glacier post (http://himalayanadventurer.blogspot.com/2009/07/trek-to-pindari-glacier_05.html) being incomplete, was still awaiting completion and had again caused a traffic jam.
We reached Mukteshwar well in time and checked into our holiday resort for which we had made booking in advance. 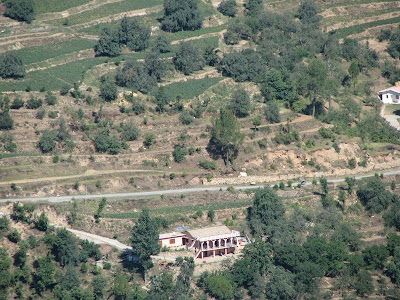 Mukteshwar is situated at about 7500 ft and is fast becoming a favourite tourist destination, esp for the ones who wish to avoid Delhi crowd at Shimla or Nainital. Consequently, several guest houses and tourist resorts have come up. The town gets it name from Lord Shiva and has a temple dedicated to Shiva (Mukteshwar Dham) situated atop the highest point of the town giving a panoramic view of the entire valley. It also houses the well known Indian Veterinary Research Institute. 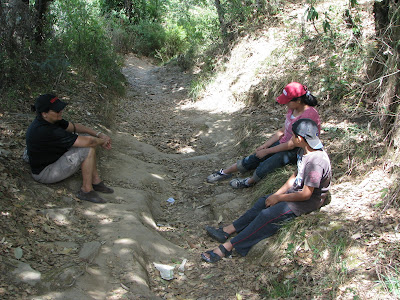 We spent our days at Mukteshwar by just relaxing and reading our books or going for long walks amidst rich pine forest. Mukteshwar is also known to offer some great view of the Himalayan range (the most famous being Trishuli), and we went up to the PWD guest house, but could not see any due to cloud cover. October onwards is a great period for good view of peaks. 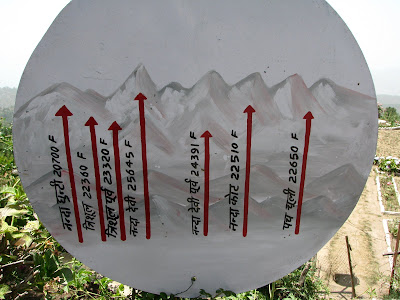 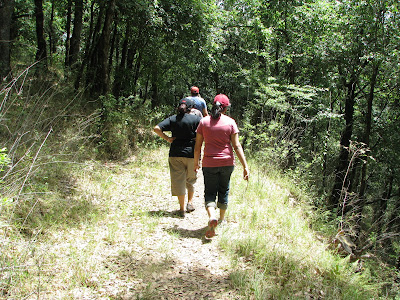 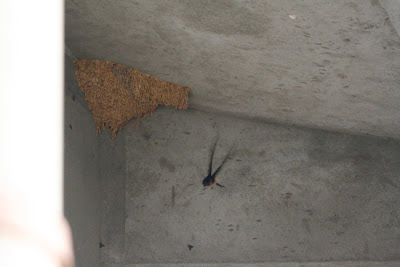 This is the period for swallows to migrate to this part of Himalayas for nesting, and one pair had already built its nest right outside our room in the corner of verandah. It seems to be made up of stones, and gave an appearance of small tunnel opening inside into a big chamber. Morning time was the period of hectic activity for the parents who would perhaps bring food for the young ones inside. Around our guest house, were plenty of orchards of plum, peaches, pears, apricot, and apples.
After a few days, on our return we decided to come via Nainital which was within an hour drive. It was early morning yet the Mall road was full of people and vehicles. However, the local people said the town did not receive even its 50 percent of quota of tourists. We wanted to have ‘jalebi’ in Nainital, but a half an hour search did not yield any result. All the ‘halwai wallahs’ had turned into fast food or chow-mein centres. I was visiting Nainital after more than 30 years and it seemed so different. Just to complete a ritual, we too went for a boat ride. 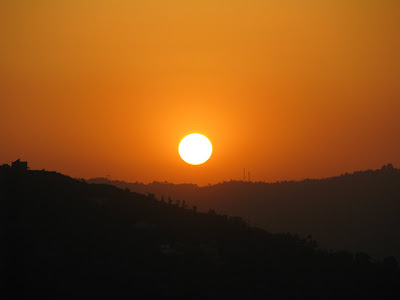 We had to stop at Haldwani for our jalebi and samosa. On our way back to Delhi from Haldwani, we took a smaller and less frequented road via Kaladhungi and periphery of Corbett National Park, which was a nice drive.
By Sudhir Khandelwal at September 11, 2010

I welcome your post after nearly 4 months and am happy to see one of favourite places you have selected for the post. Regards.
Mangesh nabar

Mangesh, you are such a loyal friend. Did you get a chance to visit this place?

NO, Sir. I didn't visit this place. But your post is giving me a lot of inspiration. Regards.
Mangesh Nabar