I LOVE KASHMIR MORE AND MORE...

I Love Kashmir More and More…

Some time back when Prof Mohd Ashraf Ganie contacted me over phone to be a speaker for this conference, I was a bit intrigued. First of all, the name of the conference surprised me: I had never heard a scientific society like ‘Metabolic Syndrome, Prediabetes and Polycystic Ovarian Syndrome Society’. What is this kind of Society, which is trying to bring internists, endocrinologists, and Obs-Gynae experts under one umbrella? Psychiatrists had no place in it, though, Psychiatry is only obliquely related to all these disorders. A number of new generation antipsychotic drugs have been shown to result into metabolic syndrome (weight gain, central obesity, high blood sugar levels) in the users. People with Prediabetes are at risk for developing depression as well as cognitive decline. Women with polycystic diseases also have some mental health issues, which are largely ignored by the patients as well as clinicians. But to call a Psychiatrist to address these medical experts appeared too far-fetched. I thought, since Ashraf has been a good friend, he was being a generous host in giving me a chance to visit Srinagar once again.
Well, I readily accepted his invitation. Who allows a golden opportunity go waste to visit Kashmir! Visiting Kashmir has always been a pleasurable experience, and it would be a fantastic opportunity to escape the scorching Sun of Delhi weather, mercury touching 44 Celsius on daily basis. 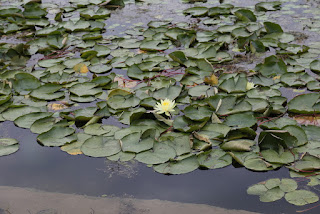 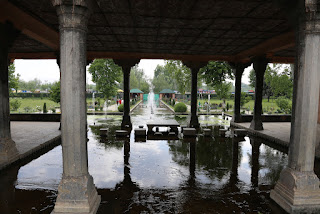 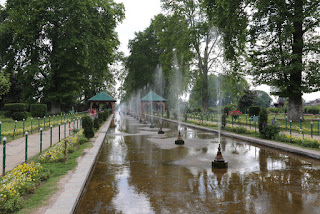 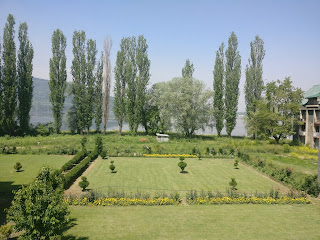 Emperor Jahangir once said about Kashmir, “Agar Firdaws ba roy-i-zamin ast, hamin ast-u hamin ast-u hmin ast”, meaning , If there is Paradise on earth, it is this, it is this, it is this.”
However, the media was reporting some disturbing events taking place every now and then especially in South Kashmir. Though, there was nothing untoward in these news about Srinagar, but one exercises some caution while visiting it. My apprehensions, if any, about visiting the Valley, were immediately put to rest by Ashraf just by his reassuring phone call. Then I did not look back in making my preparations.
Ashraf wanted me to talk on ‘Lifestyle Diseases and Psychiatric Comorbidities’. During our frequent calls in last few days, he also roped me in to give one more talk on ‘Substance and Alcohol Use: Public Health Implication’. And as if to justify my visit to this Conference, I also volunteered to speak on ‘Depression and Non-communicable Diseases’. Believe me, I enjoyed giving all the three talks to a very receptive audience.
For my Delhi-Srinagar flight, I had done web check-in and selected window seat on left hand side of the aircraft. This way, on a good day, you can view majestic mountains during Jammu-Srinagar sector. I had been fortunate in my earlier visits to Srinagar, when miles on I could view mighty Himalayan snow covered peaks. When I reported at the airport, I was informed by the airlines that I had been upgraded to business class. However, what I realized, to my dismay, was that I lost my window seat in the process. It was not a good bargain, since flying business class for a 90 minute flight gives you no extra benefit except for some more room and extra calories. And I lost the view in the bargain.
Arriving Srinagar on the evening of 10th May was an exciting experience. The venue of the conference, Shere-Kashmir International Convention Centre (SKICC), struck as a venue like out of this world. I have attended my conferences within and outside the country, but never in my life did I come to a venue as beautiful as this one. The lush greenery around it, the lake, the flowers all over, the halls, the ease of going around the venue were all breath taking. The entire venue was teeming with delegates, busy in animated discussions. Smart enthusiastic young ladies, who impressed me with their efficiency and courtesy, were manning the Registration counter and helping with scientific sessions. Later in the evening we were entertained by local artists with folk music, dance, and ghazals of popular masters. 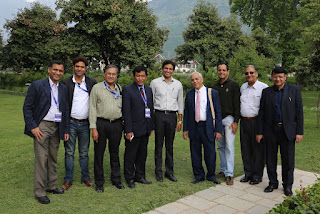 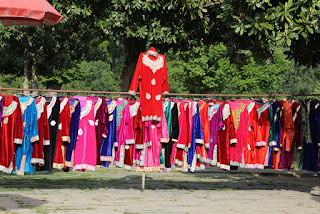 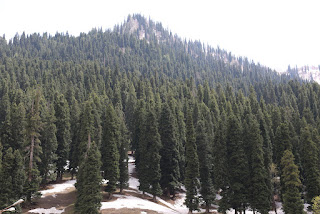 The delegates were from various parts of the country, and so many were overseas delegates. They had put away all the media scare-mongering, and did not let it come in way to visiting Kashmir for being part of this Conference. I was told that many invited speakers had cancelled their visits, and I could only feel pity for them, since they had missed a golden opportunity to be welcomed by the generous hosts and local people, and see for themselves that one has to be objective in making assessment, and not be influenced by the media frenzy.
I felt deeply touched by the warmth and hospitality of the Organizers, volunteers, staff, or whomsoever I met over last three days. It is difficult to find so much politeness, courtesy, and love from people anywhere else.
The scientific programme was impressively and imaginatively chalked out. I could find so many illustrious names in the programme, and could meet a number of them. I attended many scientific sessions, and in each session I learnt a few ‘take home messages’; whether it was listening to an endocrinologist, obs-gynae specialist, internist, surgeon, paediatrician, orthopaedic surgeon, oncologist, or a renal specialist, health administrator, or research scientist. Their presentations were rich in scientific content, and had a message about new challenges and novel innovations for everyone on lifestyle disorders.

I did find time to visit the Mughal Gardens once again. They were as beautiful as ever. I also went to Sonmarg and beyond. The drive to Sonmarg was picturesque, and at places the landscape was just breathtaking. The road goes all the way to Leh via Zozila pass, Drass and Kargil. A few kilometers beyond Sonmarg, the trek starts on the right side to take you to Baltal, and then to the Holy shrine of Amarnath. The Amarnath yatra will start in June, and continue till mid-August. 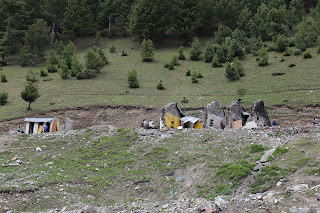 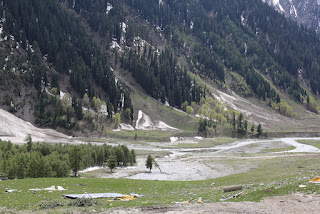 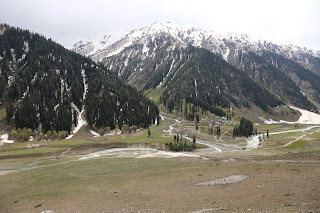 I must put on record my deep appreciation for Ashraf, his wife Sobia and the entire team behind them. Ashraf had been remarkable in looking after each detail, and personally attending to the concerns of all delegates, whether it was about their presentations, their travel or stay arrangements, or looking after their sightseeing trips. Sobia stood like a solid rock behind him.
It had been very heartening to see young people attending the conference. Very impressive had been to see a large number of young women attending the conference. If women are taking up higher education and challenging roles in a big way, there is no doubt that that society is bound to progress further and further. The testimony to that was the fact that all the three award winners for scientific presentations on the Valedictory function on 12th May were young ladies. My salute to them.
I also feel it is high time that the media behaves more responsibly in its reporting on Kashmir. For the sake of TRP, it has been sensationalizing petty incidents, which has unnecessarily put all kind of ideas into outsiders’ mind about the local situation. It only hurts local interests, and prevents people visiting this magnificent paradise on Earth. Let me give one example, narrated by a local resident. A few days back there was a heavy downpour for 2-3 days. The news channel, while reporting on it, showed footage from the havoc of 2104 floods, without clarifying that the footage was an old one. Local people got panicky that some parts were experiencing Nature’s fury once again!
I have been fortunate in coming to Kashmir on regular basis. I have very close and deep friendship with professional colleagues here, as well as with ordinary citizens. And every time I come to Kashmir, I love it more and more.