The Winter Embrace of Kedarkantha


I am in Berlin, and trying to write this blog entry at 4 am in the morning. This has long been overdue; though I came back to Delhi after doing the Kedarkantha trek in the second week of January, but the life in Delhi has ever since been too hectic at personal and professional fronts, preventing me to jot down a few lines about the amazing trek and my personal reminisces. But it is not to say that the experience has sunk down deep in my memory lane; I often think, remember, live and cherish the time I had with the group during this snowbound trek in very low tempertatures. Even here I wish to look at the photographs. 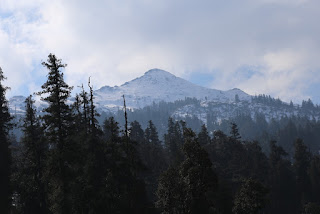 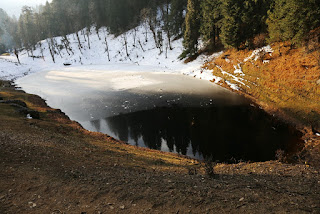 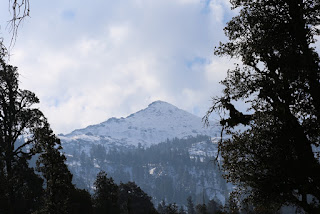 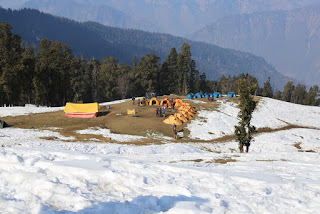 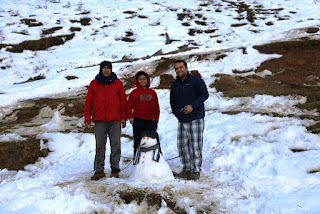 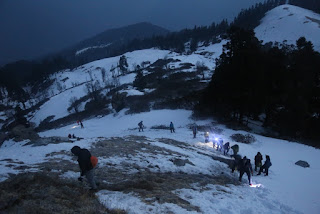 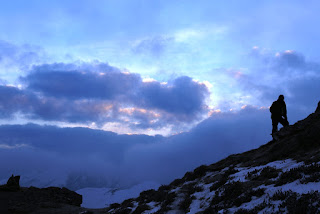 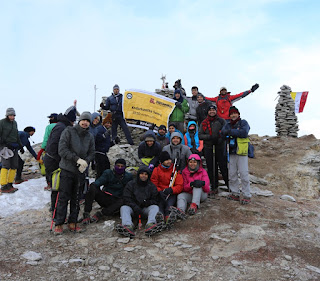 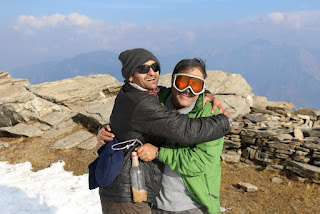 I had been thinking of doing Kedarkantha ever since 2011, when I did Roopkund trek with the Indiahikes. We were impressed with the logistics and arrangements done by the Indiahikes, and had wanted to do some more treks with them. Since I had never done any snow-bound winter trek ever, we zeroed down on Kedarkantha, which Indiahikes had recently added to its kitty. Meanwhile, Shariff, Malini (my colleagues) and Vasuman (son) completed the trek long back, and I had to wait thus far to find or create the opportunity. But then, things are destined, they say, and I was destined to do this trek with Kushagra, and the fantastic bunch of 25 young enthusiasts.

Kushagra was planning to visit us some time in December 2015, but when I told him about my intention of booking for Kedarkantha trek in the first week of January, he firmed up his dates immediately to join me for the trek, as he said, ‘it is quite a while, we had done a trek together’.

When I looked at the Indiahikes website to book, I was surprised to see that all the suitable dates for us were already full. It seemed the trek was fast becoming popular. Fortunately, I had saved some telephone numbers of Indiahikes from my previous trek, and to my good luck, the numbers were active, working, and when I rang up, someone immediately put me in touch with Prathima, who assured me of helping us by accommodating us on our preferred date. She precisely did that. Prathima was kind of in-charge of the group leaving on 2nd January, and as I realized, she was mentoring the group throughout.

Fortunately, I had already been training myself for this trek for last few months by working out in gym or going for long walks for cardiopulmonary exercises, endurance, and strengthening my quads and glutes. The significance of training oneself for any trek cannot be overemphasized, and Prathima too had been reminding the group members time and again to practice running 4.5 km in 30 minutes. What I was a little worried about was managing the low temperatures. In the month of January, it could go as low as minus 10 C. But when Kush arrived in December, he advised me very precisely how I should layer myself with specialized layers without overburdening myself. Though his advice was very reassuring, yet the anxieties remained.

That Kedarkantha was going to be an exciting trek was never in doubt. After all, the Indiahikes has labeled this trek as the best ever winter trek. It had given many reasons in support of its verdict: it remains snow bound from December till April, prettiest campsites, beautiful drive in Himalayas, pleasure of walking on a carpet of brown leaves with snow peaks all around. I could vouch for that. We had done nearby ‘Har-ki-Doon’ trek way back in 1993, and to this day I find ‘Har-ki-Doon’ as one of most beautiful treks. The exciting part of Kedarkantha was doing it in winter with snow-laden path under extreme cold conditions.

When I was preparing myself physically and mentally, Prathima from the Indiahikes was constantly in touch with all the group members reminding us about how to prepare ourselves, what all essentials we should carry (no more, no less), what we should expect by way of arrangements, giving various important contact numbers etc. The most praiseworthy part was that whenever any member posed any query on the group email, the response came almost immediately. Meanwhile, one trek member had soon created a whatsapp group for members to get acquainted with one another. They were coming from all over, Bengaluru, Pune, Mumbai, Delhi, Kolkata, and the US.

Little bit about Kedarkantha: One has to first reach a village by name of Sankari to begin the trek.  The road for Sankari (the starting point for the trek) starts from Mussourie and passes through Kempty falls, and some other small towns like Barkot, Purola, to enter the Supin range of Himalayas. A couple of hours before reaching Sankari, one enters Govind wild life sanctuary, a protected area. One then views two rivers, Supin and Rupin, and their confluence, which finally merges with river Yamuna. When a few decades back, my uncle and auntie were trekking towards Har-ki-Doon, they decided that whenever they were blessed with a daughter, they would name her Rupin; and they precisely did that. Now Rupin is a smart young lady, working where else but Silicon Valley. One then reaches Netwar, a small village, which used to be the starting point for beginning the trek to Har-ki-Doon way back in early 1990s, since that was the end of road head that time. Now road goes as far as Sankari. Sankari is a small village of about 400 houses at a height of 1950 m (6400 ft). It has a GMVN guesthouse of about 15 rooms, and a couple of private guesthouses. Sankari is now the base camp for both, Har-ki-Doon as well as Kedarkantha. Once you starting walking up, it is all the way uphill trek amidst lush green forests of pine, oak and other trees. There are two campsites, Juda ka Talab and Kedarkantha base camp at very picturesque sites, finally taking you to Kedarkantha peak at 12,500 ft.

Our journey from Delhi to Mussourie by train, then onwards to Sankari by SUVs was quite uneventful. We met up briefly with our batch mates whenever we stopped for breakfast, tea or lunch on our way up. There were two father-son teams, two husband-wife teams; many of the members were colleagues or had been friends since school days. There was a group of 9 from Bengaluru, who had studied together in school, all graduated from various engineering colleges, and now were all software engineers in Bengaluru itself. Others were fast becoming friends with one another. Youngest of the group was 11 year old Shreshtha, and the oldest was ‘yours truly’.

When we reached Sankari in the evening, Harshit (trek leader) welcomed us at the guesthouse along with his team of technical experts, Sarvan and Tarpan, with hot tea and delicious pakoras. We were tired, and perhaps famished, or the charm of hot pakoras in a remote area, we ate like hogs. Harshit gave a detailed briefing of our trek, which I would rate among the best briefings I have ever had. He explained each point in detail, answered to every query patiently, and did not mind if there were frequent interruptions or similar questions being asked by different members. The GMVN guesthouse at Sankari is basic, with spacious and reasonably clean rooms, toilets with running water, flush working, but no hot water please. The quilts were heavy but warm, so did not have to struggle for sleep.

On our last evening of the trek at Sankari was of sharing our experiences and thanksgiving. I had a long list of people to thank: to name a few, the Indiahikes team, trek leader Harshit Patel, Sarvan and Tarpan, all the kitchen and housekeeping team, the fellow trekkers, and many others. I shared with them a story of fish and shark. How the presence of shark in ocean or fish tank is crucial to keep fish alert and active. We all should always have a challenge before us. It acts as a huge motivating force to keeps us productive, innovative, and full of life.
Kushagra had been a constant guide before and throughout the trek. On return, he posted the following lines on his facebook page, the best lines of this trek, “As a young boy this man took me up on my first trek up the majestic Himalayas leaving me with a deep lasting love for the outdoors. This week, twenty-five years later, he and I went back for a winter trek in Uttarakhand to climb up the beautiful Kedarkantha. As he overcame the bitter cold and severe fatigue to bravely surmount the last couple of miles to the summit I realized that I'm still following him trying to be half the man he is. Dad you will always be my hero. Love you. ‪#‎Himalayas ‪#‎family ‪#‎climbing ‪#‎trekking ‪#‎India 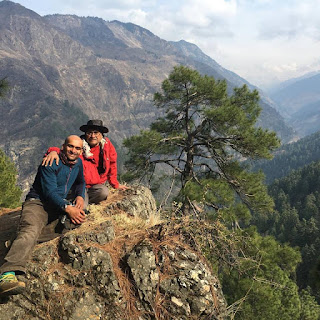