The Scent of Fruits and Vegetables

You read any health column; invariably, you will be told umpteen number of times the value of fresh fruits and vegetables in your daily diet to ward off modern life illnesses like diabetes, hypertension, hypercholesterolemia, or heart attack. You can also ward off pernicious illnesses like prostrate cancer, colon cancers, or even Alzheimer’s disease. We all take the availability of fresh fruits and vegetables in India almost for granted. I now know from my personal experience how much one can miss even the mere sight of fresh fruits and vegetables. I have now known what the sight or scent of fresh fruits or vegetables can do to boost up your morale and improve your mood. We were returning from Larsemann Hills (69° 25´ South, 76° 15´ East), Antarctica on M.V. Emerald Sea and by the time we reached Cape Town, we were already on board for nearly six weeks. We had exhausted all our supplies of fresh fruits and vegetables and were getting slowly sick of frozen stuff. Only potatoes and onions were unfrozen, but they had also started sprouting inspite of being stored in the cold room of ship. As luck would have it, our ship anchored on ‘fruits exporting dock’ of Cape Town harbour. South Africa is a major fruits exporting nation, and crates after crates were lying all around ready to be loaded on to vessels going all over the globe. During our short trip to the city, I was thrilled to see the quantity, variety, and looks of so many different kinds of fruits. Of course, our mess committee did not disappoint us, and made sufficient purchases of fruits to last till we reached Goa two weeks later. When we set sail again after one night’s halt at Cape Town, I refused to have any daad-chawal-roti for next three days and thrived very well on fruits and salad.
Who can forget the scintillating and award winning performance of Al Pecino in ‘Scent of a Woman’, but scent of fresh fruits and onions can excite people so much if they have not set their eyes on fresh fruits and vegetables for six months, you can very well gauze by reading Ashit’s account. He is the current wintering member of our 27th IAE team. 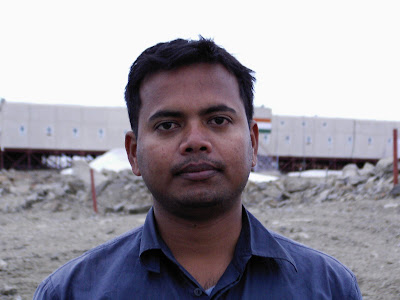 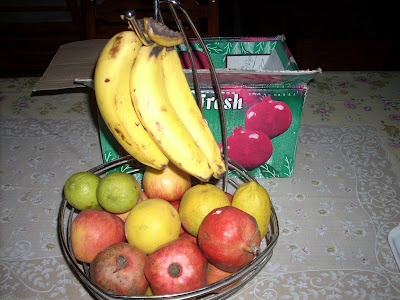 I never imagined that the scent of the fresh vegetables and the fruits will be so sweet aromatically. I could never have thought that this much of urge for the fresh things would be there with a large group of people who stay for a common cause in the harsh wintering period of Antarctica.
From my first day at Antarctica, I have been exposed to so many wonderful things. At one side, where some of the natural beauty is unparallel, the other side focuses on the different attitudes of the human beings. Towards the end of October, skua and penguins have reached Maitri and generated intense interest among the members. Even though these birds of Southern Hemisphere generated intense excitement in most of the members here, all did not participate in showing their eagerness to watch them. However, with their arrival, summer season has begun. Very soon lakes will melt on which I have traveled a lot with the vehicle and walked length and breadth for various scientific and other interests. The accumulated snow will melt away and the landscape will change entirely.
With the start of the summer season, the flight service between Cape Town and Novo airbase in Antarctica has started and we are once again reconnected to the mainland. The de-induction has started. With the inaugural flight coming on 31st October, we were told, there was a huge parcel for Maitri. The news spread like fire to all the members that some important things for Maitri station have reached airport. Very soon, there was a guessing game began on the possibilities of things which are coming. Some members were of the opinion that the most crucial parts of the vehicles must be reaching; others were of the opinion that this must be the fresh vegetables and fruits package; or it could be some vital and delicate scientific equipment. The suspense was increasing every hour. It was taken into the custody at the Novo airbase and reached Maitri late afternoon, and no time was lost in opening the packets. To our great delight, there were apples, oranges, lemons, onions, carrots, leafy vegetables, broccolis, coriander leaves, ginger, garlic, green chilies etc. All of us were excited and extremely happy to see all this and wanted to touch it and smell all vegetables and fruits. We were setting our eyes on them after a long gap of more than nine months. The sight of fruits excited us, but it was not comparable to the sighting of the onions, which were long missing in the kitchen.
For fair distribution, apple, orange, onion, carrot and lemon was equally divided among all the members. I would not have seen my share so closely, if I were there in India. But with the fresh stock in my hand I saw it more closely than ever. It seems I had already forgotten the taste of lemon, apple, orange etc. I smelled the lemon. It was so sweet. When somebody is away from it for a long time, only then the importance of the very common things can be best felt. The green, orange, yellow, light pink and reddish orange colors of the fruits and vegetables could attract all of us together that starting from the youngest to the oldest, all are very happy to get, see and feel it. Even penguins and skua had not generated that much interest or excitement!
Very soon, the plans were made to prepare the salad and omelets, with the fresh stock of the new things. It was like a festival; possibly more numbers of persons were seen in the kitchen area to prepare the dishes of their choice, keeping Narayan Singh aside. I wish subsequent incoming flights will bring more fresh stocks. To appreciate fresh fruits and vegetable with all the five senses, you have to be Antarctica and spend the polar nights here. Not a big deal!
By Sudhir Khandelwal at November 09, 2008

The arrival of fresh food has been a windfall for us at Maitri. It has created a strange situation here- onions have become the new currency here. Onions are being traded with lemons, each onion is being consumed in partnership with 2 or 3 people who have a contract with each other. People are also looking to acquire onions from each other through ‘nefarious’ means- coax, cajole, cheat- all is fair.
My partner is Chaubeyji. We now have our dinner together so that we can share one onion among the 2 of us. We either make a vegetable or an omelette or eat it raw as salad. If the onion is too large for the 2 of us to consume, then we rope in another partner with a binding on him to return us the favour when he fishes out his onion. I managed to obtain an onion recently from My Rayudu, who did not want to eat it. It was a bonus for me as well as for Chaubeyji, and increased our bargaining power with the others. Chaubeyji also managed to get one from Gaffar. So we both can be counted as richest people in Maitri presently.
Fruits- apples and oranges are not much in demand and hence do not increase our bargaining value. They can be obtained by the dozen.

Ahh, the little joys. One begins to value them the moment they are stolen away.
Loved reading it, and Sudhir, The best thing was comparison of "Scent of a Woman" compared to scent of an onion. The Onion would be so happy to read this.