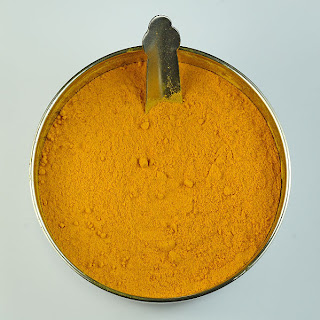 Turmeric or haldi has been used in my family for many purposes besides culinary. I am sure it must be true for most of the homes in India. I was introduced to turmeric powder (haldi) during my own childhood when my mother and grandmother prevailed upon us to take it for frequent bouts of cough during winter season. We took it in powder form with hot milk just before going to bed. We were also advised to take it when having general aches and pains all over the body after a particularly grueling day in the sports field. The powder of haldi was also sprinkled over open wounds to speed up healing. Now we know that it works as an antiseptic and prevents infection of the open wound. I started taking haldi regularly only a few years ago to overcome my frequent bouts of sinusitis. I think it has benefited me somewhat. It has reduced my frequent use of antibiotics. However, it has not set right my proneness for easy and recurrent rhinitis and sinusitis. Recently I discovered that Bikash, a very close friend and famous neurosurgeon in the US, also takes haldi on regular basis. Bikash and Dottie were visiting us in England, and after dinner Chitra asked them if they would like to have a drink. She suggested if they wanted to flatter me, they should take ‘haldi-milk’. Surprise, surprise; Bikash had been using haldi regularly for some time in the same way as I took, though he took it in cold milk.
So, when recently I was asked about the scientific validity of haldi powder, I rushed to where else, but Prof Google and Tutor Wikipedia, and collected the following information.

Medicinal properties of Haldi (Turmeric, Curcumin) as gleaned from the net: 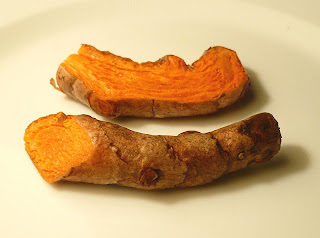 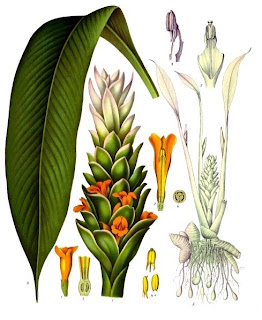 In Ayurvedic medicine, turmeric is thought to have many medicinal properties and many in India use it as a readily available antiseptic for cuts, burns and bruises. Practitioners of Ayurvedic medicine say it has fluoride which is thought to be essential for teeth. It is also used as an antibacterial agent. It is taken in some Asian countries as a dietary supplement, which allegedly helps with stomach problems and other ailments. It is popular as tea in Okinawa, Japan. It is currently being investigated for possible benefits in Alzheimer's disease, cancer and liver disorders.
It is only in recent years that Western scientists have increasingly recognized the medicinal properties of turmeric. According to a 2005 article in the Wall Street Journal titled, "Common Indian Spice Stirs Hope," research activity into curcumin, the active ingredient in turmeric, is exploding. Two hundred and fifty-six curcumin papers were published in the past year according to a search of the U.S. National Library of Medicine. Supplement sales have increased 35% since 2004, and the U.S. National Institutes of Health has four clinical trials underway to study curcumin treatment for pancreatic cancer, multiple myeloma, Alzheimer's, and colorectal cancer.
A 2004 UCLA-Veterans Affairs study involving genetically altered mice suggests that curcumin, the active ingredient in turmeric, might inhibit the accumulation of destructive beta amyloids in the brains of Alzheimer's disease patients and also breaks up existing plaques. "Curcumin has been used for thousands of years as a safe anti-inflammatory in a variety of ailments as part of Indian traditional medicine," Gregory Cole, Professor of medicine and neurology at the David Geffen School of Medicine at UCLA said. Another 2004 study conducted at Yale University involved oral administration of curcumin to mice to study its benefit in cystic fibrosis. Anti-tumoral effects against melanoma cells have been demonstrated. A recent study involving mice has shown that turmeric slows the spread of breast cancer into lungs and other body parts. Turmeric also enhances the effect of anti-cancer drugs in reducing metastasis of breast cancer.
Curcumin is thought to be a powerful pain-relieving agent. In the November 2006 issue of Arthritis & Rheumatism, a study was published that showed the effectiveness of turmeric in the reduction of joint inflammation, and recommended clinical trials as a possible treatment for the alleviation of arthritis symptoms. It is thought to work as a natural inhibitor of the cox-2 enzyme, and has been shown effective in animal models for neuropathic pain secondary to diabetes, among others. Presenting their findings at the Endocrine Society's annual meeting in San Francisco in June 2008, researchers discovered that turmeric-treated mice were less susceptible to developing type 2 diabetes, based on their blood glucose levels, and glucose and insulin tolerance tests. They also discovered that turmeric-fed obese mice showed significantly reduced inflammation in fat tissue and liver compared to controls.
Welcome to Haldi Club!
By Sudhir Khandelwal at October 21, 2008

That is very interesting and informative. Hope you can recall meeting me at recent NZ conference at Chd.

Sudhir,
your blog write up is interesting and informative on Haldi.
Veena

My physio therapist suggested tumric capsule as a anti inflammatory,

the capsules come from nutrition stores , and are rather large.
So far so good. LET ME SEE , NANDINI

Remember what happened to garlic and antioxidants. Once these natural products are put in the capsules, they seem to lose the magic!

Thanks, I need no convincing of haldi’s magical properties. After all I have had a lifetime of influence under haldi’s biggest fan.
tantrikclimber

Good to read about all the lore around haldi, and to see it being validated by august organizations.
tantrikclimber

I have a herniated disc (L4-L5) and the pain hasn't gone for a month now. Will Haldi (one teaspoon in a cup of milk), three times a day help? I am scared because IBUPROFEN causes ulcers if taken for more than 3-4 days

Nice post, thanks for sharing this wonderful and useful information with us.