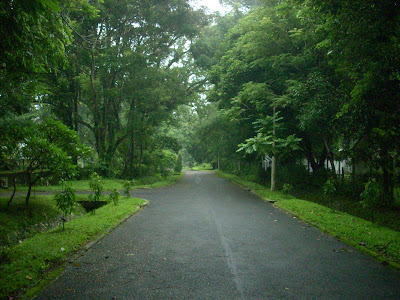 Ever since I spent time in Dharan, I have looked forward to visiting it again and again, and fortunately there have been a number of opportunities to go there and relive the time once again. To the uninitiated: I spent more than two years between 1997 and 1999 at the B. P. Koirala Institute of Health Sciences, Dharan. Dharan was then a sleeping town in the foothills of Eastern province of Nepal. It is 150 km from Siliguri (airport: Bagdogra) or 5-hour drive from Darjeeling. Bihar border is only 50 km at Jogbani adjacent to Birat Nagar. Dharan had been the centre for the British Army to recruit soldiers for its Gorkha Regiment. The Ghopa Camp, established by them on a 700-acre estate, offered them to live there in style with an 18-hole golf course, swimming pools, sports facilities, and a vast jungle. They had established a 150-bedded hospital too there for people living there, ‘goras’ as well as ‘civilians’. There was a clear dividing line between ‘gora lines’ and ‘civil lines’ with civilians being prohibited to enter gora lines. In the early 1990s when the demand for Gorkha soldiers decreased, British decided to hand over the camp to Nepalese government, and subsequently wound up their operations. It became difficult for the Nepal government to sustain this sprawling estate. The then Indian PM, Shri Chandra Sekhar, a good friend of Koirala family, offered a substantial grant to develop the camp with a new health institution with a mandate to train local manpower for spreading health care in the Himalayan state. Thus, the B. P. Koirala Instt for Health Sciences got established where Indian doctors have been going there for short-term as well as long-term assignments for providing clinical care as well as training the young Nepalese health professionals for the country. I had gone there to help set up the department of psychiatry in the institute for its clinical and training facilities.
When I went there more than 10 years ago, Dharan was just a little sleeping town. It had started to awaken then and now 10 years later it is a bustling town with a vibrant economy, and in keeping with modern trend, has a few ‘malls’ too. In those two years, besides doing my clinical and academic work, I got plenty of opportunities in Dharan for trekking to nearby areas where I got a chance to see first hand how people lived in mountains with no roads, no health facility, or only a symbolic school. Only means of transportation was either to trek for a few days to reach the road head, or fly. Yes, Nepal could boast of nearly 40 airports situated on plateau on various hill tops. Flying in a small Dornier and landing over flat grassland was an experience in itself.
Last month when the Dean Office invited me there, it also advised me to come to Bagdogra (airport in Siliguri) from where I would be picked up. Normal route would have been Delhi-Kathmandu-Birat Nagar by air and then to Dharan by road. The Kosi River was in full spate with incessant rains in the hills and had breached the road bridge on the highway linking Dharan with Kathmandu, and with road traffic totally paralyzed, the Kathmandu-Birat Nagar flights were going full. The floods-prone Kosi, 'Bihar's sorrow', is a nightmare in flood management. Efforts to contain the river's annual season of fury by building embankments have not succeeded. Kosi is one of the largest tributaries of Ganga. In spite of an age-old treaty between India and Nepal, both countries have failed to tame the river. Each year it is the same story of floods, destruction, and human migration. It was funny watching Nepalese and Indian TV channels there when both sides blamed the other side for not fulfilling the obligation of maintenance of embankments etc.
The BPKIHS staff car was waiting for me at Bagdogra. The Nepal border at Kakarbitta was 25 km away. The road on Bengal side was in pathetic condition due to rains as well as poor maintenance even during dry season. While traveling in those parts of the country, the main worry is not because of the condition of roads, but because of frequent and instantaneous road blocks or ‘bandh’. The famous village, Naxalbari’ is on this route. Once we crossed into Nepal, the highway became better. East-West highway is the longest in country and is maintained in large parts by India. We stopped at Damak to straighten our legs and have tea. Over the last 10 years, the quality of ‘samosa’ had certainly improved. We reached Ghopa camp or BPKIHS on time. A number of new buildings had come up in last two years since my last visit. However, the greenery was still intact and it was very welcoming. The guest house was full of various medical experts from India and Nepal who had come there to conduct the M.D. examination in various disciplines. It was very nostalgic meeting some old colleagues; it was almost like home coming. A big colonial house has been converted into a guest house where I was put up with the luxury of a suite. It was very heartening to see that inspite of vast new construction, the green cover apparently was still intact. During my early morning walk next day, I came across a number of birds with whom I was familiar. I almost felt as if we recognized one another. Besides common birds, I spotted grey hornbill, pied hornbill, tree pie once again. While walking back in the night, I wanted, but at the same time did not want, to come face to face with a snake. Those days, it was a common occurrence for a rat snake or cobra to cross your path during late evening walks. But now with increased human and vehicular traffic, the snakes perhaps have hastened their exit. 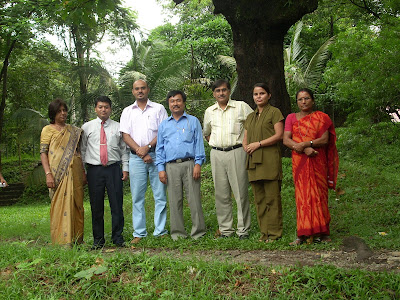 It was quite satisfying to see the department of Psychiatry at BPKIHS progressing quite well. It has made a space for itself in clinical, teaching and training activities. It is training MBBS students, specialist psychiatrists, as well as psychiatric nurses; it is fulfilling a vast gap between supply and demand for mental health care in the Himalayan nation. The department as well as the Vice Chancellor were kind enough to allow me to share my experiences of Antarctica with the students and staff.
By Sudhir Khandelwal at October 01, 2008

Beautiful description.
put some more pictures from that place here.

Hi sir,
I'm a radiology resident from India planning to attend a conference in Dharan in february 2012...Kindly help me with travel options from Bagdogra airport to Dharan...thank you sir...

Hi Sir,
I'm a radiology resident from India and am planning to attend a conference in Dharan in february 2012...Kindly help me with the travel options from Bagdogra airport to Dharan...thank you...

If you are attending a conference at BPKIHS, Dharan, the organizers must have advised you on how to travel from Bagdogra to Dharan. The cheapest option is to travel by bus from Bagdogra to India-Nepal border 'Kakarbitta' via Siliguri. At Kakarbitta, you will get bus to Dharan. At Dharan bus station, take a cycle-rickshaw to BPKIHS; pay my best wishes to people there. Best wishes

What is the easiest way to go from jog bani to Dharan? Actually I from nagpur

How to go from jogbani to Dhahran?actually I m from nagpur

Dear aai, if you have reached Jogbani, then going to Dharan is no problem. Jogbani is an Indian town, cross over to Nepal territory by walking or taking cycle rickshaw, and you are in Biratnagar. At the bus station, there are frequent buses going to Dharan, about 45 km away.

Dear aai, if you have reached Jogbani, then going to Dharan is no problem. Jogbani is an Indian town, cross over to Nepal territory by walking or taking cycle rickshaw, and you are in Biratnagar. At the bus station, there are frequent buses going to Dharan, about 45 km away.