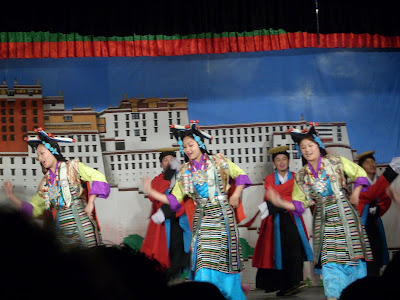 The Tibetan Institute of Performing Arts (TIPA) was founded by the Dalai Lama on reaching Dharamsala, after his exile from Tibet in August 1959.It was one of the first intitutes set up the Dalai Lama within 4 months of his arrival in India. It was established to preserve Tibetan artistic heritage, especially opera, dance, and music. After the occupation, the then Chinese authorities had attacked and destroyed every aspect of Tibetan culture, and it had become essential to preserve the rich Tibetan culture and promote it in successive generations before it was lost forever. That also became a major source of entertainment for exiled Tibetans. 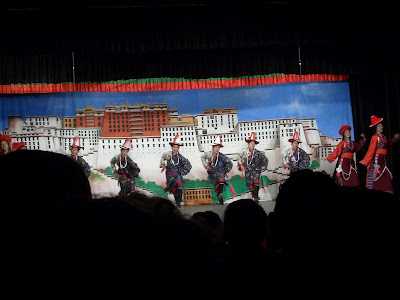 We enjoyed good music and vibrant and live performances by the dancers. Dancers were dressed in traditional bright and colourful dresses. Some of the dances were very vibrant. Some focussed on rhythm and quick-stepping. The numbers where girls challenge boys in martial arts as well as romance and activities of daily living were very entertaining. Though, of course, I knew no Tibetan language, but who needs to master the language to understand dance and music! 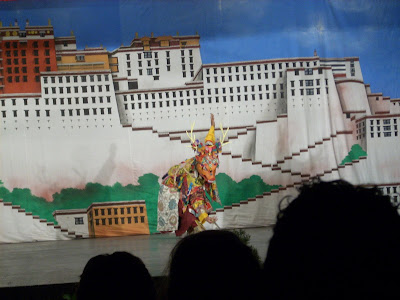