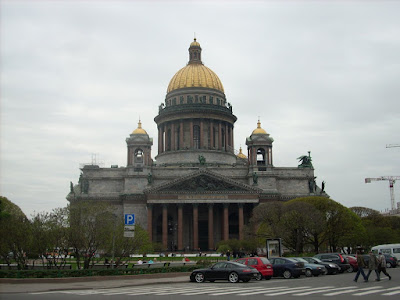 Our first stopover in Russia was St. Petersburg, formerly known as Leningrad. In fact, it had been known as St. Petersburg since its inception in 1709, but was renamed Leningrad in 1924 following Lenin’s death. What a better way than to begin Russia from St Petersburg, which is in Russia but not Russian! I was to attend the conference here, 12th Multi-disciplinary International Conference on Neurosciences and Biological Psychiatry with conference theme of “Stress and Behaviour”. I was to chair a scientific session as well as make a presentation. And with my continuing preoccupation with Antarctica, what else would I speak other than ‘Psychobiology of Mood and Behaviour in Extreme Climatic Conditions of Antarctica’, more on this subject in some other post. This conference was being organized by two Ukrainian scientists settled in the US with support from local scientists and professionals. They were organizing successful annual meetings year after year in St. Petersburg. I was told about this meeting, in fact, by our friends Jag Mohan and Gurmeet who were coming from Brisbane to attend this. We had not met them for last so many years, and thought if we could not meet in Australia or India, why not in a third country!
It was past 7 pm when our flight landed in St. Petersburg. The outside temperature was 4 degree Celsius. It looked like bright day even at that time of the day. St. Petersburg is not far from North Pole, and the city was gradually moving towards ‘white nights’, when during June and July, the Sun would hardly set. Reaching our hotel, St. Petersburg Hotel, from the airport did not create any hassles as Chitra and I had decided not to embark on public transport (when we are overseas, we are always bogged down with saving money), and had hired a cab. The hotel was right on the bank of river Neva. The hotel was big with impressive lobby and dinning hall, but our room was basic with both the beds not arranged side by side but one after the other in a row. Soon after checking, we took directions from the receptionist to locate the nearest metro station which would take us next morning to the conference venue at Hotel Oktiabrskaya. We did not reach the metro station, but managed to find a small supermarket for buying drinking water, fruits, some bread, cheese etc. Next morning we managed to reach the metro station not before losing our direction a few times. What was dawning on us was that though people were trying to be helpful when we asked for directions, very few of them knew English. St Petersburg is well connected with metro and its bus service. Though the metro maps, announcement within the metro, and names of the stations all are in Russian language, we could master it in 2-3 rides. In our first ride, we did go back and forth a few times before disembarking at the right station, and what a relief it was when we saw Hotel Oktiabrskaya as soon as we stepped outside the metro station. 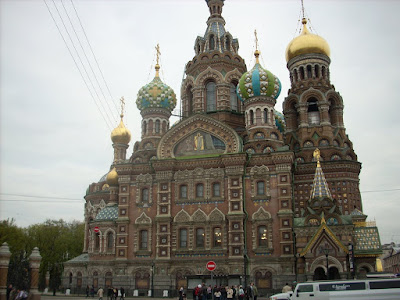 Though more than 300 delegates had registered for the conference, not many were seen inside the lecture hall. It is very difficult to sit through scientific sessions when you are in St. Petersburg for the first time. However, I did attend some interesting sessions. We also met a group of 10 psychiatrists from Pakistan who were accompanied by two drug representatives of the pharma company. They precisely attend two hours of meeting out of 5 days. The organizers had also arranged a visit to the Pavlov Institute, where the great Russian scientists worked on dogs and gave us the principles of classical conditioning paving the way for Behaviour Therapy as an important tool for managing many psychiatric disorders. Currently some scientists there are working on ‘brain music’ where brain’s electrical impulses (which may indicate state of our relaxed or tense mind) are turned into music. A tense mind produces a noisy mixture of unrhythmic music while music from relaxed mind may appear very soothing. I had volunteered to be a guinea pig for demonstration for other’s benefits, and so everyone had to admit that my mind produced some very pleasing and original score. 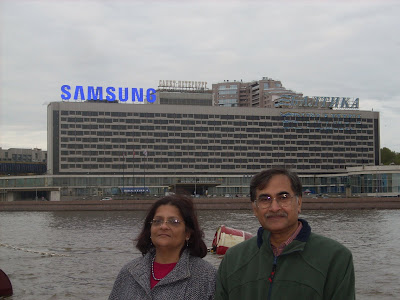 St Petersburg is the second largest city of Russia and steeped in history and riches of its royalty. After all it had remained capital of the country for more than 200 years. The city is full of palaces, museums, and gardens. Tulips of all colour and hues were blooming merrily everywhere. We took the guided city tour and boat cruise to get oriented to the city and to have its feel. We managed most other attractions on our own. But you can not do justice to the city in one visit or with only a few days at your disposal since there were too many museums, art galleries, cathedrals, and stage shows. The art collection in museums was amazing; the beauty of cathedrals spellbinding, and the gardens displaying a riot of colours. By Indian standards, entrance fee for most of these places appear exhorbitant, however, what you get to see fully justify that. 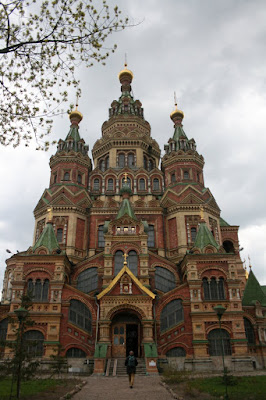 Meeting Jag Mohan and Gurmeet once again after so many years was very warm and pleasant. We together spent some very good time in St. Petersburg, and then again in Moscow. One very memorable evening was at the only Indian restaurant of the city, the Tandoor. The host who waited on our table was a young smart Indian boy who was willing to talk. He had been in St. Petersburg for last 8 years and was in the internship after having done his medical studies there. Stipend from the internship was obviously not enough, and he had to supplement his income from such jobs. He proudly told us that for last four years he had been financially independent by waiting on tables. He had married a local Russian girl and was looking forward to his Russian citizenship next year. He is aiming to be a cardiologist. With private health sector likely to open up and expand in new and booming Russian economy, he is hoping to have a flourishing practice. We also met one of the partners of the restaurant, who was an Indian doctor. He had come to Russia for medical studies, but found restaurant business more lucrative. I suspect that our young host may also turn a restaurateur.
With Finland only 4-6 hours away by road or train, who knows, we may feel tempted to come to St Petersburg enroute Finland and discover some amazing sights outside the city!! 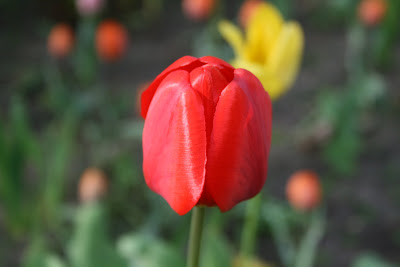 You know what Sudhir,
ever since i was a child, having been fed on Russian idealism, i always dreamt of going to Russia one day. I read Balraj Sahni's Russian Travelogue in Punjabi and now yours. Write more about Russia and your stay there.
Loved reading this post.

Mampi, You must visit Russia, and I hope it happens soon. Russia is amazing in its vastness and varied topography and cultures. Western propaganda has been feeding us on all wrong things about Russia and its supposed mafia culture and crime etc.