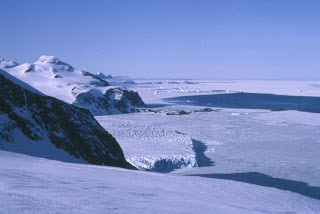 Today I complete 100 days in Antarctica. Not many summer members achieve this feat. Five of us have achieved this distinction. In the morning I was wondering what story I should write to you people on this occasion. Lot of my experiences I have already shared with you. However, the day itself brought lot of excitement.

Just before noon time, the ship had slowed down quite a bit; she was just crawling. I went to the bridge to investigate. And lo and behold, she had entered zone of pack ice. The ocean was full of only ice and ice till the horizon. I could see white and white only all around me or rather around the ship. The ice was in pieces of size varying from a dinning table to a swimming pool. Pack ice is a stage during the freezing of ocean at the beginning of winter. First there is grease ice, and then it thickens resulting into pancake ice which coalesces to form pack ice. All these pieces of pack ice join together to form an unending sheet, the fast ice; this fast ice is frozen sea. In olden days, during the transformation of pack ice into fast ice, ship would break into pieces if trapped. With the onset of summer the ocean (fast ice) breaks or melts into reverse order. With February nearing its end, ocean will not melt further but will start getting transformed into fast ice from late March. The ship was navigating very slowly. On the bridge there were four crew members instead of usual two. The ice captain, full captain during Antarctica voyage, had also parked himself there constantly looking ahead. The wind speed was just 2-4 knots and ship was cruising at 4 knots or less. Last night she was gaining speed of up to 12 knots. I asked the captain if it was usual to have this much pack ice during this time of the year. He said it is sometimes less dense, sometimes more dense. I asked again what about this year. He replied in two words: TOO MUCH. 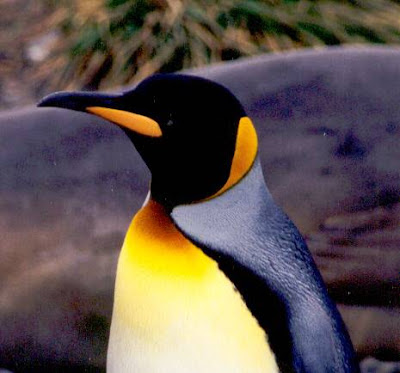 I had my first sighting of Emperor Penguins (remember March of Penguins), though it was only a small group and a bit far away. I also saw many small and big groups of Adelie penguins. There were many Weddell seals, lazily basking under the sun. They were mostly single. During mating season they would huddle together. 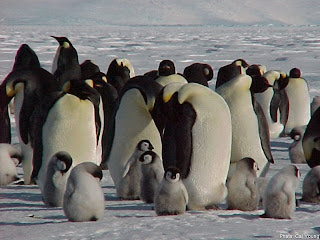 In the evening there was a party in the dinning hall. The leader gave many reasons for celebrating. I added one more about some of us having completed 100 years. I must go again to the bridge. The ship is having frequent jerks; she is hitting pack ice again and again. Do not worry, no risk. It is an ice class ship.
By Sudhir Khandelwal at February 25, 2008