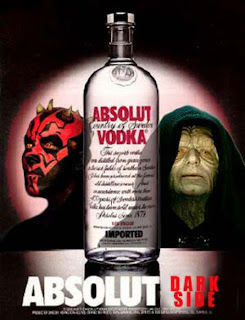 Couple of days ago, one medical officer here took an evening lecture on 'Alcoholism'. He showed some very morbid slides of the consequences of alcohol on various body organs. It has scared some regular users of alcohol and they have been coming to me in private looking for some reassurances. But then, I am also assessing them on the alcohol and tobacco use. That is another matter that most of the regular users do not give correct responses on these self-administered questionnaires.
I am reproducing below one story that was narrated by one member here. I hope I have not already told you.
Many many years ago during the times when boys went to the teacher's (sage) hut for education and learning, one sage wished to test his pupil before he was allowed to return to village. The sage made three cabins and asked his pupil to go into each one by one. The pupil went into the cabins one by one there and was aghast to see what was put into each cabin. In the first there was liquor, second contained non-veg dishes, and there was a young beautiful woman in the third. The pupil did not know how he was being tested. The sage explained that he had to experience one thing of his choice. It was like murder for the pupil. All three things were sinful and hence taboo for him as per the learning from this very teacher. The pupil vehemently protested and expressed his helplessness in carrying out his teacher's wish. However, the sage was unmoved; he repeated that the test was mandatory otherwise his learning would be considered incomplete. The pupil had no choice now. He evaluated pros and cons of each cabin and concluded that liquor perhaps was the least sinful. It was made from fresh fruits and did not hurt anyone, involved no killing. Hence he chose to taste liquor and went into the first cabin. After having a few gulps he waited outside the cabin for its effect to wear off. He was feeling comfortable and confident that he would clear his test with flying colours. However, a little later he sought his teacher's permission to go into the second cabin and experience non-veg dishes. The wish was readily granted. And then he wished to visit the third cabin too. That was the end of the test; he wanted to visit each cabin again and again.
Moral of the story: do I need to tell you!
By Sudhir Khandelwal at February 02, 2008