What the Great Explorers Said on Reaching South Pole

People do not head off to Antarctica to avoid risk; they go there because risk is exactly what they seek.
In last 100 years, Antarctica has not changed much; our own world has advanced at a frightening pace. Technological developments in air travel and computers have compacted everything, diminishing the last great wildernesses. Suddenly, the planet Earth is a much smaller place. For good or bad, this fact enables people like me, who are fragile and unadventurous in comparison, to follow in the footsteps of great explorers and reach for the same goal. We are product of that advance and piggyback off it to our advantage.
Patrick Woodhead; British explorer and author of ‘Misadventures at South Pole’ 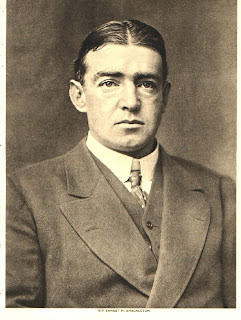 “…but all in not the Pole. Man can only do his best…Better to be a live donkey than a dead lion.”
Shackleton in a letter to his wife on turning back his Nimrod Expedition 93 miles short of 90 degree South

“It is the sad part of expedition of this kind that one systematically kills all better feelings, until only hard-hearted egoism remains.”
Fridtjof Nansen, Norwegian explorers, 1988

“Antarctic’s terrible interior tries to turn men into its own image – frozen!”
Will Steger, Trans-Antarctic explorer

“We had suffered, starved, and triumphed, groveled down yet grasped at the glory, grown bigger in the bigness of the whole. We had seen God in his splendours, heard the text nature renders. We had reached the naked soul of man”
Shackleton’s account of the Endurance expedition

“Just by taking a couple of paces, a person could walk round the world. They would cross every time zone on the planet, traverse every line of longitude. This was the end point, the place where everything converged.”
Patrick Woodhead; British explorer and author

“There is very little that is different from the awful monotony of the past few days. Great God! This is an awful place terrible enough for us to have laboured here without the reward of priority…now for run home and desperate struggle. I wonder if we can make it.”
George Scott in his diary after being beaten by Amundsen in his race to South Pole by 35 days. 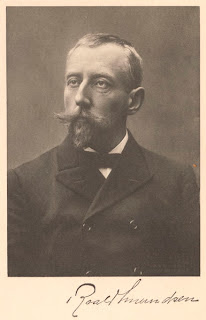 “I can not say – though I know it would sound much more effective – that the object of my life was attained- that would be romancing it rather too bare-facedly…The regions around the North Pole – well, yes, the North Pole itself – had attracted me from childhood, and here I was standing at the South Pole. Can anything more topsy-turvy be imagined?”
Amundsen, on being the first man to reach South Pole
By Sudhir Khandelwal at April 01, 2008